Whilst in Kabul, I visited the British Cemetery.  It is a remarkable place maintained by a dedicated team.  The middle picture shows me having placed a wreath at the grave of Captain John Cook.  This gallant officer of the 5th Gurkhas was awarded a Victoria Cross for his actions on 2 December 1878.  An extract from his citation makes inspirational reading:

​“… Captain Cook charged out of the entrenchments with such impetuosity that the enemy broke and fled, when perceiving at the close of the melee, the danger of Major Galbraith who was in personal conflict with an Afghan soldier, Captain Cook distracted this attention to himself and aiming a sword cut which the Douranee avoided, sprang upon him and, grasping his throat, grappled with him. They both fell to the ground. The Douranee, a most powerful man, still endeavouring to use his rifle, seized Captain Cook’s arm in his teeth until the struggle was ended by the man being shot through the head.”

​​Sadly, on 19 December 1879, Captain Cook died of wounds sustained during a subsequent action.  Perhaps fittingly, the headstone from his grave is set in a wall alongside the names of officers and soldiers from British and Gurkha Regiments who have been killed in the British Army’s more recent operations in Afghanistan.  These names are all etched in slate as the right hand picture shows. My latest Gurkha history includes a chapter on the remarkable service of The Royal Gurkha Rifles (RGR) in Afghanistan since their first deployment in January 2002, as well as an explanation of why NATO forces deployed there in the first place. You can see the book on Amazon at this link. In my latest thriller - 'Reasonable Doubt' - Harry Parker finds himself pitted against an ex-Taliban commander, turned terrorist for hire. See below for more details. 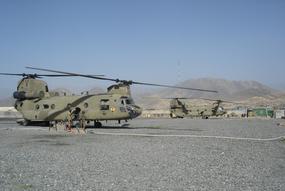 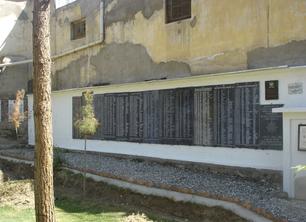 When her brother is killed in a diving accident, journalist Amélie Lagarde asks ex-Gurkha Harry Parker to help her investigate. Together they get drawn into a desperate battle between an ambitious Prime Minister, the intelligence services and an ex-Taliban commander, now the world’s most wanted terrorist, leaving them with no choice but to take matters into their own hands. As you might expect given it's on this page, a fair bit of the action is set in Afghanistan, albeit before the Taliban took control! 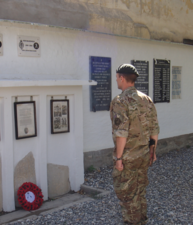 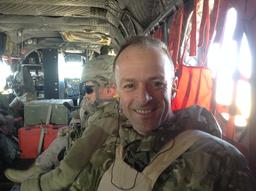 In November 2013, I deployed to Afghanistan to lead a new team set up within NATO's HQ ISAF to support the 2014 Presidential and Provincial Elections.  The elections went to a second round and my tour was therefore extended to 11 months.  Although I was based in Kabul, the extension to my tour gave me plenty of opportunity to travel and see a fair bit of the country.  In addition to working with officers and soldiers from many of the NATO nations, I also worked with colleagues from the UN, various NGOs, OGDs (DFID and US AID) and members of the international community, as well as with senior officers from across the Afghan Security Institutions.  This experience gave me a useful understanding of the dynamics of Afghanistan, including of the Taliban, as well as an insight into how the international community operates at the strategic level, which I have tried to draw on in writing my books.  The pictures on this page are intended to give an idea of what Afghanistan was like, at least for me and before the Taliban seized control again in August 2021.

AN AMAZING COUNTRY WITH REMARKABLE PEOPLE 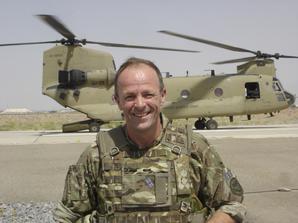 Because of the threat from IEDs planted by the Taliban, helicopters were widely used by NATO forces to travel around Afghanistan.  The side gunners and rear gunner, who sit on the lowered ramp whilst the helicopter is in flight, scan the ground for threats from small arms fire or shoulder launched rockets.  The pictures above were taken on a trip to one of the ISAF bases located far to the south of Kabul.  Note that even though these pictures were taken in the middle of summer, some of the higher peaks in the far distance remain snow-capped. 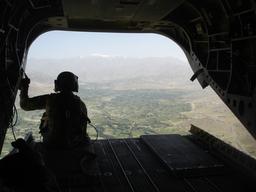 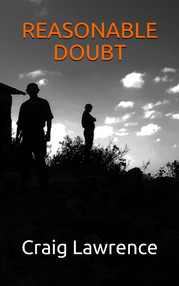