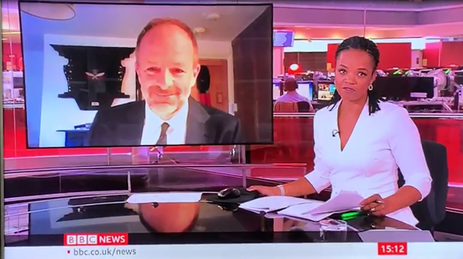 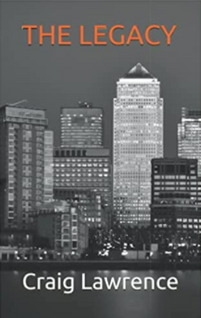 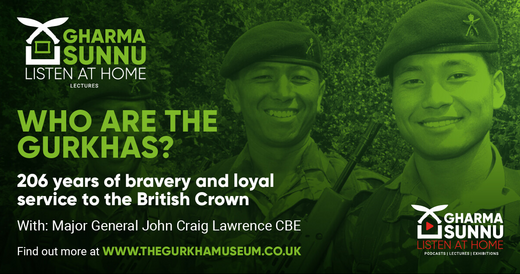 The centenary of the 5th Gurkhas in 1958

AN ILLUSTRATED HISTORY OF BRITAIN'S GURKHAS

HOW TO FIND OUT MORE ABOUT THE GURKHAS

​The Royal Gurkha Rifles (RGR) was formed on 1 July 1994 when the existing Gurkha regiments amalgamated to form a single Gurkha regiment of three battalions. Although the RGR has only existed for 25 years, it carries the traditions and history of its antecedent Gurkha regiments and has already established itself as a formidable fighting force in its own right. With a Foreword by His Royal Highness The Prince of Wales and more than 500 photographs, the book provides a visual history of this elite Gurkha unit. It also includes lots of new quotes about Gurkhas which you might find of interest and was an Amazon best-seller in the 'Nepal' category on both the 16 October and 29 December 2019, earning the coveted 'best-seller' accolade!

​This collection of short films about Gurkhas should give you a sense of what these remarkable warriors have achieved over the years.

After the publication of my first Gurkha history, I was asked to give a very brief summary of the Gurkhas' 200 years of service to the British Crown on Forces TV. The interviewer was particularly interested in what made the Gurkhas so special. To try and illustrate this, I talked about their role in the so-called 'Indian Mutiny' of 1857 when, despite enormous pressure, they remained loyal to the Crown and their remarkable service during the two World Wars. To watch the interview, click on the image above.

1815 was a defining year in British military history. Not only did Wellington finally defeat Napoleon at the Battle of Waterloo but the British East India Company also began recruiting Gurkhas, a tradition that has now continued uninterrupted for over 200 years. ​This page provides a start point from which to explore this remarkable story. To make it more digestible, the rich history of Britain's Gurkhas is broken down into a number of separate sections (just click on the descriptions below to take you to the appropriate page). If you want to know even more about these remarkable warriors from Nepal, and their famous kukri fighting knife, then you might be interested in my books about Gurkhas. You can find out more about the most recent one at the bottom of this page, or click on this hyperlink or the 'Books and Articles' tab at the top of the page. If you don't want to read anything but want to find out more about Gurkhas, then go to the bottom of this page and have a quick look at the videos, including a recent talk I gave (in July 2021) for the Gurkha Museum, explaining about the Gurkhas' 200+ years of Service to the British Crown. You can also watch an interview I recently gave on BBC News as part of the #VJDay75 commemorations (on 15 August 2020) and a short interview I gave to Forces TV a few years ago which summarises the Gurkhas' story in about 3 minutes.

other short films about gurkhas

It was a real privilege on Saturday 15 August 2020 to talk to Lukwesa Burak on BBC News about the role of Gurkhas in the Far East Campaign and, in particular, as part of General Bill Slim's so-called 'Forgotten Army' in Burma. The interview formed part of the BBC's coverage of VJ Day 75, the formal commemorations of the 75th anniversary of the  defeat of Japan at the end of the Second World War. Not many people realise the enormous contribution that Gurkhas made in the Far East Campaign, with 35,000 soldiers deploying in 27 infantry battalions, including two parachute battalions. Gurkhas also took part in the two Chindit Operations, the first of which took place in February and March of 1943 with the second taking place from March to July 1944. In the first Chindit Operation, 1,289 of the 3,000 strong force were Gurkhas. During the Burma Campaign, Gurkhas were awarded 9 Victoria Crosses, a quite remarkable achievement. Click on the image to watch the interview. See more Gurkha facts at this link.

On 13 July 2021, Craig was honoured to give a talk for the Gurkha Museum on the Gurkhas' 206 years of service to the British Crown, including their 20 years in Afghanistan fighting the Taliban. The talk, which was the third in the Museum's innovative 'Ghar ma Sunnu' ('Listen at Home') series, was followed by a lively question and answer session facilitated by the Director of the Gurkha Museum. The Q&A explored the future of the Gurkhas, as well as leadership, discipline, recruitment of female Gurkhas and lots of other interesting subjects.

Watch the talk for FREE 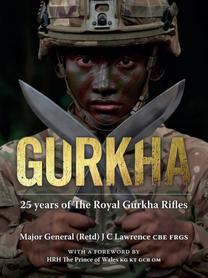 other interviews about gurkhas and gurkha achievements