THE GURKHAS IN MALAYA, BRUNEI, BORNEO AND OTHER OPERATIONAL THEATRES

HOW TO FIND OUT MORE ABOUT THE GURKHAS AS JUNGLE WARRIORS 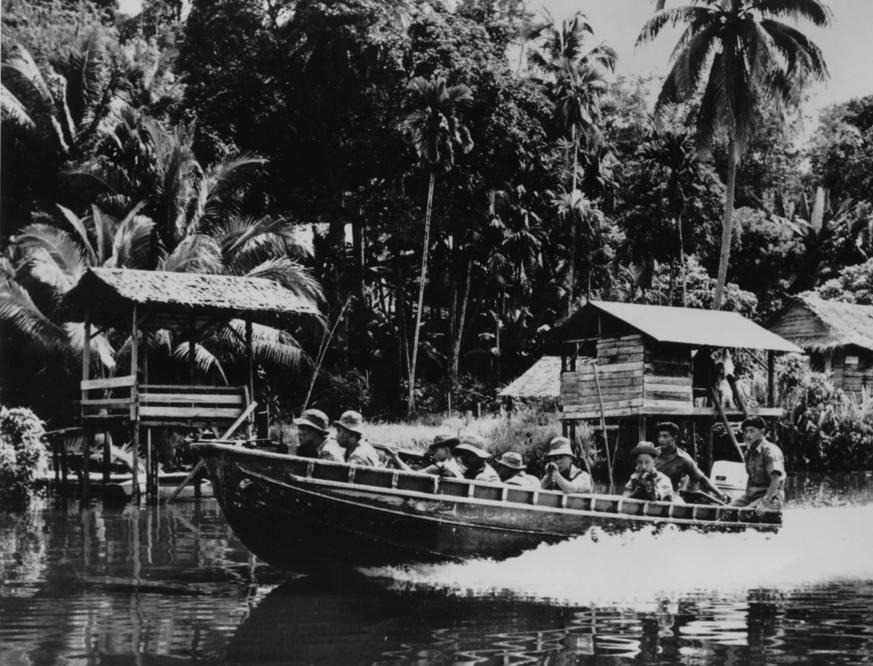 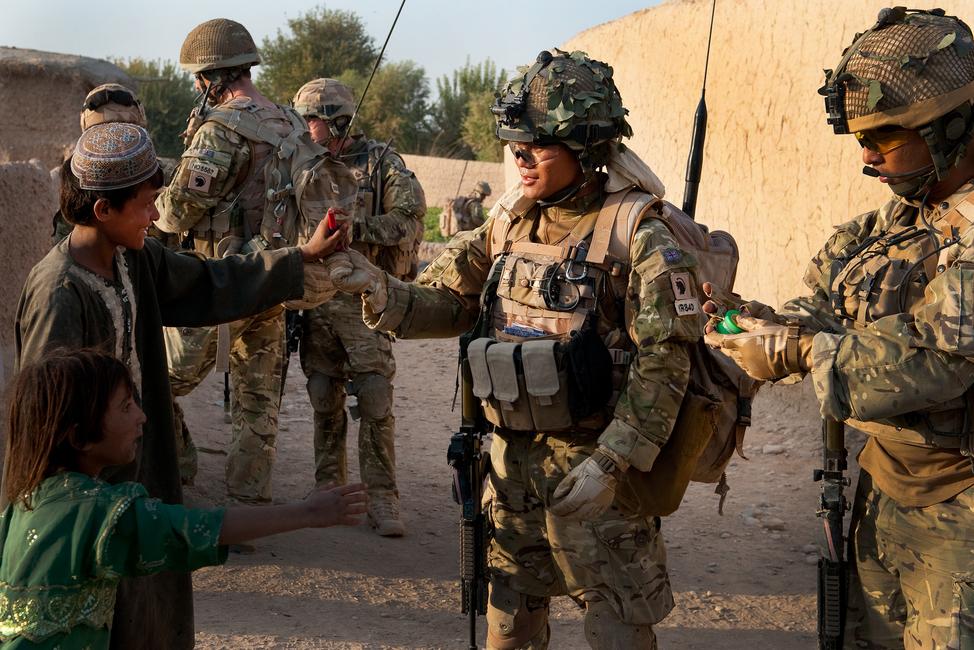 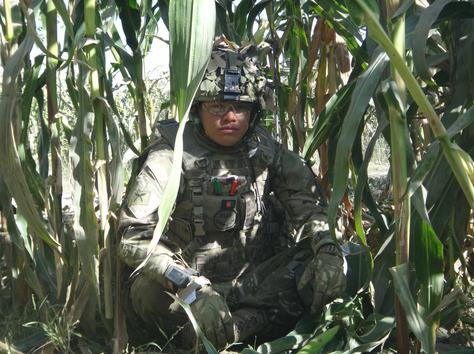 Perhaps surprisingly, barely six months after the end of the Confrontation, Britain’s Gurkha strength was reduced from 15,000 to 7,000. This entailed many fine Gurkha soldiers, including many of the jungle warriors who had fought in Malaya, Brunei and Borneo, leaving the Army with no pensions and very small gratuities. Realising that this would add to the number of ex-British Gurkhas living in conditions of privation in Nepal, the Gurkha Welfare Trust was formed from generous donations in the UK and Far East. This original aspect of the Trust’s work continues to this day with 5,800 ex-soldiers and their families receiving welfare pensions every month, enabling them to live their lives with dignity. Follow this link to find out more about the Gurkha Welfare Trust.

GURKHAS IN THE FALKLAND ISLANDS AND ON SUBSEQUENT OTHER DEPLOYMENTS 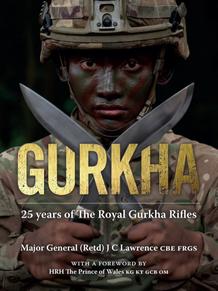 A Gurkha patrol from B Company, 1RGR talking to local children in Helmand Province, Afghanistan.  The Gurkhas’ ability to converse with the Afghan population makes them invaluable at collecting information about local tribal dynamics whilst their ability as jungle warriors also makes them highly effective at fighting in the dense vegitation that flanks many of Afghanistan's rivers. 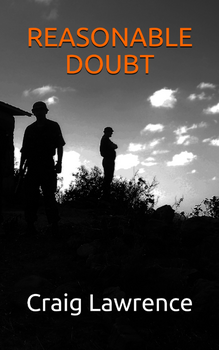 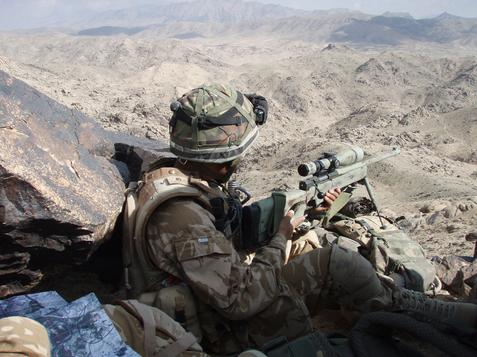 When her brother is killed in a diving accident, journalist Amélie Lagarde asks ex-Gurkha Harry Parker to help her investigate. Together they get drawn into a desperate battle between an ambitious Prime Minister, MI5 and an ex-Taliban commander, the world’s most wanted 'terrorist-for-hire', leaving them with no choice but to take matters into their own hands. 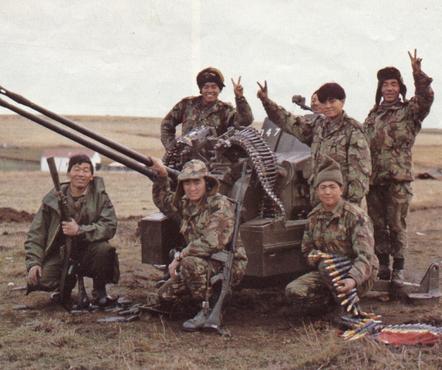 The Gurkhas hit the headlines in 1982 when the First Battalion of the 7th Duke of Edinburgh’s Own Gurkha Rifles deployed as part of the Task Force to retake the Falkland Islands. Although the majority of the fighting was done by the Parachute Regiment and the Royal Marines, the Gurkhas consolidated their position, not as jungle warriors but as highly capable and versatile light infantry. Numerous deployments followed with Gurkhas taking part in the First Gulf War and deploying on operations in the former Yugoslavia, Kosovo, Bosnia, Sierra Leone and East Timor, where their ability as jungle warriors again proved useful.

Gurkhas first established a reputation as jungle warriors during the Burma Campaign of World War Two. They continued to demonstrate their prowess as jungle warriors in a number of campaigns after WW2 as this short section explains.

In 1947, India achieved its independence. This was a difficult period for the ten Gurkha regiments that had fought for the British Crown during WW2 as only four of them (the 2nd Gurkhas, 6th Gurkhas, 7th Gurkhas and 10th Gurkhas) transferred to the British Army, moving to new ‘home’ locations in and around Malaya. The other six Gurkha regiments, many of which had proved themselves as jungle warriors during the Burma Campaign of WW2, remained in the Indian Army. But there was little time for reflection as, in June 1948, a state of emergency was declared in Malaya. Britain’s Gurkhas played a key role in the twelve year campaign, re-establishing their reputation as highly capable jungle warriors as they fought against the communist terrorists of Chin Peng and the Malayan Races Liberation Army (MRLA). The Brunei Revolt and the Borneo Confrontation followed in quick succession. Although the Revolt was short-lived, the Borneo Confrontation lasted from April 1963 until August 1966 with the Gurkhas again proving their credentials as jungle warriors as they bore the lion’s share of the operational burden. Their reputation as jungle warriors was firmly consolidated when they were finally given authority to conduct secret ‘Claret’ operations deep behind enemy lines. It was during one such ‘Claret’ operation in November 1965 that Lance Corporal Rambahadur Limbu of the 10th Gurkhas became the last Gurkha to be awarded a Victoria Cross for his courageous actions in the face of the enemy.

Most recently, Gurkhas were in the thick of the action in Afghanistan, taking the fight to the Taliban in Helmand Province with their ability as jungle warriors again proving useful in the fertile areas that flank the rivers.

The rivers in Borneo are used as arterial transport routes. During the Borneo Confrontation, both British jungle warriors and Indonesian forces used them to move troops and supplies. In August 1965, the jungle warriors of Support Company, 2/2nd Gurkhas carried out a highly successful boat ambush on the River Sentimo, killing 12 Indonesians who were travelling in an assault boat.

A Gurkha sniper dominates the ground to his front in Afghanistan’s Helmand Province.

A Gurkha Corporal from A Company 1RGR taking a well-deserved break in the cover of a cornfield during a patrol in Helmand Province, Afghanistan. Their experience as jungle warriors has stood them in good stead in the fertile areas around the rivers.

Soldiers from 1/7th Gurkhas with a captured Argentinean anti-aircraft gun during the Falklands War of 1982.  1/7th Gurkhas deployed as part of 5 Infantry Brigade and took part in the final battle for Port Stanley.