The UK's 2015 National Security Strategy and Strategic Defence Review (NSS & SDSR) is a great example of a strategy au milieu as it sets out how the UK will seek to enhance its prosperity, security and stability. It gets a number of mentions in 'Getting Strategy Right (Enough)' and provides something of a template for other NSS. A really good source of quotes about strategy and its development with the added authority of being the official UK government position. 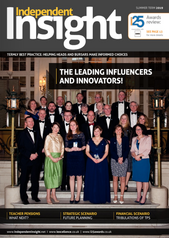 View or order on Amazon

Good Strategy/Bad Strategy: The difference and why it matters

GURKHA action adventure THRILLER - NOT ABOUT STRATEGY BUT A GREAT READ

After reading through all the strategy stuff, you're probably ready for a bit of light relief. That's why it's brilliant news that my Gurkha action adventure thriller, 'The Legacy', is now available from Amazon. With heroes, villains, action, adventure, Gurkhas and a bit of romance, it's a brilliant read and has attracted ace reviews. Click the image to the left to see it on Amazon.​

View or order on Amazon

I am currently working on a book on leadership and strategy which is due for publication in 2021. As I do the research, I thought it would be useful to capture some of my favourite insights into the subjects on this website.

If you liked this page, please help spread the word by 'liking' it on Facebook using the button opposite - thank you for your support!

​Download a free copy of the booklet at this link

STRATEGIC THEORY FOR THE 21ST CENTURY: THE LITTLE BOOK ON BIG STRATEGY

This brilliant book by Harry R Yarger contains numerous key insights into strategy making. Published by the US Army War College, it's a 'must read' for anyone involved in the tricky business of developing and implementing strategy. Not surprisingly, we drew on it in writing 'Getting Strategy Right (Enough)'! I used a lot of quotes about strategy from this book in Getting Strategy Right (Enough). Yarger's accessible style means it's an extremely good source of strategy quotes.

GETTING STRATEGY RIGHT (ENOUGH), A GUIDE TO THE DEVELOPMENT OF STRATEGY

The Royal College of Defence Studies (RCDS) teaches post-graduate level courses in international relations, strategy making and strategic leadership. 'Getting Strategy Right (Enough)' has been written to support the College's flagship 11 month course in strategic leadership and the development and implementation of strategy. It incorporates many of the key lessons identified in reports, such as that published by Sir John Chilcot into the UK's intervention in Iraq, and books, such as Hooker and Collins' seminal examination of US interventions in Iraq and Afghanistan, published over the last few years.​​ It's crammed full of great quotes about strategy from some very authoritative sources!

WHO ARE STRATEGIC LEADERS?

'First of all, strategic leadership is that which is exercised at a level of an organisation where the individual is truly determining the azimuth for the organisation.'

​​‘…a course of action that integrates ends, ways and means to meet policy objectives.’
The Royal College of Defence Studies, Getting Strategy Right (Enough)

‘Strategy is a process, not an endpoint. It is a process of problem-solving in circumstances where much is outside one’s ability to control (in physics terms, an open, complex system), placing a premium on learning and rapid adaptation to develop integrated ways of achieving essential ends.’
General James Matis (et al), Restoring our National Security
​
‘Think of strategy as a bridge: values are the bedrock on which the piers of the bridge are planted, the near bank is today’s reality, the far bank is the vision. Your strategy is the bridge itself.’
Gordon R Sullivan and Michael V Harper, Hope is not a Method

‘Strategy provides a coherent blueprint to bridge the gap between the realities of today and a desired future. It is the disciplined calculation of overarching objectives, concepts, and resources within acceptable bounds of risk to create more favorable future outcomes than might otherwise exist if left to chance or the hands of others.’ Harry R Yarger, The Little Book on Big Strategy

ARE WE ANY GOOD AT STRATEGY MAKING?

‘The Government failed to achieve its stated objectives and that the UK military role in Iraq ended a very long way from success.’
Sir John Chilcot. The Report of the Iraq Inquiry

‘...strategy making for Basra and for Helmand was marked by a failure to grasp the nature of the campaign, to adapt once new realities came to the fore, and to resource these efforts both politically and financially, to achieve a clearly established objective.’
David H Ucko and Robert Egnell, Counterinsurgency in Crisis: Britain and the Challenges of Modern Warfare

'Nevertheless, the basic assumptions upon which our national and campaign strategies for Iraq were based were flawed, with doleful consequences.'

​‘We have seen no evidence that the UK Government carried out a proper analysis of the nature of the rebellion in Libya...UK strategy was founded on erroneous assumptions and an incomplete understanding of the evidence.’

House of Commons Foreign Affairs Committee, Examination of the UK’s Intervention in Libya

​WHY IS STRATEGY MAKING SO DIFFICULT?

Because strategies aim to address problems which '…cannot be resolved by the application of good management and technical expertise alone; their resolution requires innovation and constant learning as the dynamics of the problem change, often as a consequence of strategies being applied.’

The Royal College of Defence Studies, Getting Strategy Right (Enough)

‘A Wicked Problem is more complex, rather than just complicated – that is, it cannot be removed from its environment, solved, and returned without affecting the environment. Moreover, there is no clear relationship between cause and effect.’
Keith Grint, Wicked Problems and Clumsy Solutions: the Role of Leadership

'Wicked problems have no right or wrong solutions just better or worse developments.'

'Like statecraft itself, strategy is inherently competitive. It implies the attempt…to assert policy objectives, derived from one’s own interests or values, over those of competitors or competing forces.’

‘Grand strategy rests on a comparison of your own strengths and weaknesses with those of your rivals, and the exploitation of comparative advantage in competitions against them.’
John Ferris and Evan Mawdsley, The Cambridge History of the Second World War

'Since strategy is an evolving contact sport, one should avoid what Lord Salisbury called the most common error, “sticking to the carcass of a dead policy”.’
Frank Hoffman, Grand Strategy: The Fundamental Considerations

‘Strategy, like politics, is the art of the possible, but few can discern what is possible.’
Williamson Murray and Mark Grimsley, [reference to follow​]

'Strategy is a process, not an endpoint. It is a process of problem-solving in circumstances where much is outside one's ability to control (in physics terms, an open, complex system), placing a premium on learning and rapid adaptation to develop integrated ways of achieving essential ends.'

​THE IMPORTANCE OF CREATIVITY IN MAKING STRATEGY

​'The ends, ways and means formula reduces strategy to ‘…a perfunctory exercise in allocating resources.’
Jeffrey W Meiser, [reference to follow]
​
Strategy is a ‘theory of victory.’

'Strategy requires a clear alignment of ends, ways and means, prioritisation, sequencing, and a theory of victory’.
David H Ucko and Robert Egnell, Counterinsurgency in Crisis: Britain and the Challenges of Modern Warfare

​‘Defining strategy as a theory of success encourages creative thinking....it forces strategists to clarify exactly how they plan to cause the desired end state to occur.’

THE REPORT OF THE IRAQ INQUIRY - THE 'CHILCOT REPORT'

Although the final report runs to some 2.6 million words in 13 volumes, the executive summary - pictured left - is a much shorter read. It is so full of insights and recommendations about strategy making and strategic leadership that it is a 'must read' for anyone who is serious about strategy.​ Perhaps not surprisingly, we drew heavily on the 'Chilcot Report' in writing 'Getting Strategy Right (Enough)'. A very authoritative source of strategy quotes - indeed, it's a veritable goldmine! 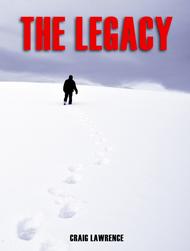 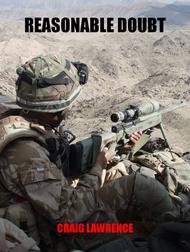 The instruments of power, or instruments of national power as they are sometimes referred to, are the capabilities, or 'means', that a state has at its disposal to achieve its desired 'ends' and further its national interests. There are any number of ways that these 'means' can be categorised but one of the most effective is to group them under the headings 'Diplomatic', 'Informational', 'Military'' and 'Economic', giving rise to the mnemonic 'DIME'. In Getting Strategy Right (Enough), the book I recently edited for the Royal College of Defence Studies, we included a short section on the instruments of power as being able to orchestrate them is an essential component of good strategy, indeed according to British military doctrine 'strategy is creating and orchestrating the instruments of power in support of long-term policy objectives.'

Note that you can download a pdf copy of Getting Strategy Right (Enough) using the first link in the 'Books about Strategy and Strategy Making' section below. Instruments of power are covered in Section 3, Pages 31 - 45. This section also considers the 'ways' that the instruments can be applied and examines the roles, and utility, of 'hard', 'soft' and so-called 'smart' power. It draws on the Chilcot Report - which you can also download below - to illustrate how this can be done.

This is a great book and provides an easy-to-read, and therefore highly accessible, guide to developing good strategy. It's full of vignettes and case studies which the author uses to highlight both good and bad strategy. It's also amusing; his description of what he calls 'Sunday words' - the cool sounding but meaningless words that people use in their strategies to impress - still makes me chuckle! I strongly recommend this book to anyone interested in strategy, whether novice or long-term expert. We all have much to learn from his experience and wisdom. Click the image to the left or use the link below to review or order the book on Amazon. This has some brilliant quotes about strategy, many of which I refer to constantly!

I recently co-author an article on the nature of strategy for a journal that explores governance issues. Although the journal's primary audience is the management boards of schools and colleges, the article should be of interest to anyone involved in strategy formulation as it explores the defining characteristics of good strategy and explains why a strategy is different to a plan, something very few people seem to understand. The link below the image will take you to the article in the journal.

This seminal book by Richard D Hooker and Joseph J Collins was commissioned by the US Chairman of the Joint Chiefs to try and identify the lessons from the US' interventions in Iraq and Afghanistan. It is crammed full of insights into strategy making and strategic leadership.​ Again, we drew heavily on the 'Lessons Encountered' in writing 'Getting Strategy Right (Enough)'. Lots of quotes about strategy and strategy making, but this time from a US perspective!

The US's 2017 National Security Strategy is another example of a strategy au milieu. Like the UK's strategy - above - it sets out how the US intends to promote its prosperity, security and stability. It does this using four 'pillars': Pillar I, protect the American people, the homeland and the American way of life; Pillar II, promote American prosperity; Pillar III, preserve peace through strength; and Pillar IV, advance American influence. For those pushed for time, I recommend a quick read of the President's introduction as it's a good example of a strategic narrative, giving people a reason to care and a reason to act. Some great quotes about strategy, particularly with regard to risks and how they will be dealt with!