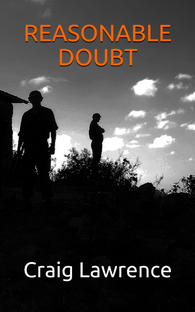 ​A SELECTION OF GURKHA quotes 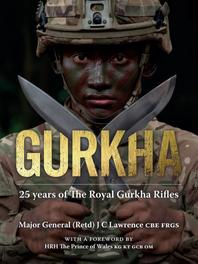 Link to 10 fascinating facts about Gurkhas
Find out more

When her brother is killed in a diving accident, journalist Amélie Lagarde asks ex-Gurkha Harry Parker to help her investigate. Together they get drawn into a desperate battle between an ambitious Prime Minister, the intelligence services and an ex-Taliban commander, now the world’s most wanted terrorist, leaving them with no choice but to gather a small team of Gurkhas and take matters into their own hands. And yes, the kukri gets a mention!

​​BOOKS ABOUT GURKHAS - WHAT MY RESEARCH LEADS TO!

Link to find out more about General Bill Slim, the legendary Gurkha general who commanded in Burma during WW2

When I'm researching for my books (both the historical ones and the action adventure thrillers), I occasionally come across quotes about Gurkhas that I think are worth capturing. I continue to add to the list on this page in the hope that it provides a useful starting point for anyone wanting some pithy quotes about Britain's Gurkhas. For those interested in finding out more about Gurkhas generally, the 'Gurkha History' page - see the tabs above - provides an updated summary of their 200+ years of service to the British Crown. The details of my latest Gurkha history - which has lots of quotes and was published in July 2019 - are at the bottom of this page - or click this link to see it on Amazon!

​​​​"Bravest of the brave, most generous of the generous, never had a country more faithful friends than you."  ​

"If a man says he is not afraid of dying, he is either lying or is a Gurkha."  ​

"The nastiest part about parachuting is landing, and in this, with his compact light body and strong hill legs, he has a distinct advantage over most other races.  For this reason I would say that, along with the Jap who is similarly built, he is probably the best natural parachutist in the world."

"I have never seen more steadiness or bravery exhibited in my life.  Run they would not and of death they seemed to have no fear, though their comrades were falling thick around them, for we were so near that every shot told."

"I must pause in this narrative especially to notice the determined hardihood and bravery with which our two Battalions of Ghoorkhas, The Sirmoor and Nusseeree, met the Sikhs, wherever they were opposed to them.  Soldiers of small stature but indomitable spirit they vied in ardent courage with The Grenadiers of our own nation, and, armed with the short weapons of their mountains, were a terror to the Sikhs throughout this great combat."

General Sir Hugh Gough, dispatch after the Battle of Sobraon, 1846

"The Gurkhas were merry little chaps and the only native troops with whom British soldiers were friendly enough for joking and playing tricks."

"The Gurkha is a soldier of high battle-skill, a world-famed fighting man and respected in every country where men fought alongside us in the last war."

"The Gurkha keeps faith not only with his fellow men but with great spiritual concepts, and above all, with himself."

"To serve with a Gurkha soldier under the British Crown was, and is, a rare privilege which nobody who has shared it can ever forget."

"The Almighty created in the Gurkhas an ideal infantryman, indeed an ideal Rifleman, brave, tough, patient, adaptable, skilled in field-craft, intensely proud of his military record and unswerving loyalty."

Field Marshal Viscount Slim, 'Unofficial History' (1959) - follow this link to find out more about the legendary Gurkha general who commanded in Burma

​"It was easy to command such people.  It was a privilege to be allowed to do so."

"Hearing a British Gurkha officer discuss his profession was something like hearing a priest discuss his vocation."