ON DARTMOOR DESCRIBING WHY MUCH OF THE ACTION IS SET THERE! 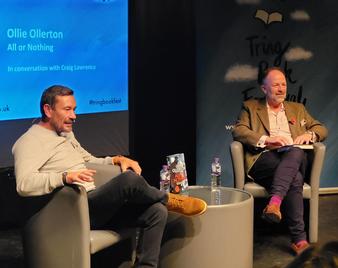 It was a real privilege on Saturday 15 August 2020 to talk to Lukwesa Burak on BBC News about the role of Gurkhas in the Far East Campaign and, in particular, as part of General Bill Slim's so-called 'Forgotten Army' in Burma. The interview formed part of the BBC's coverage of VJ Day 75, the formal commemorations of the 75th anniversary of the  defeat of Japan at the end of the Second World War.

Not many people realise the enormous contribution that Gurkhas made in the Far East Campaign, with 35,000 soldiers deploying in 27 infantry battalions, including two parachute battalions. Gurkhas also took part in the two Chindit Operations, the first of which took place in February and March of 1943 with the second taking place from March to July 1944. In the first Chindit Operation, 1,289 of the 3,000 strong force were Gurkhas. During the Burma Campaign, Gurkhas were awarded 9 Victoria Crosses, a quite remarkable achievement. Click on the image to the left to watch the interview.

Thank you for contacting me. We will try and get back to you within the next 48-72 hours. 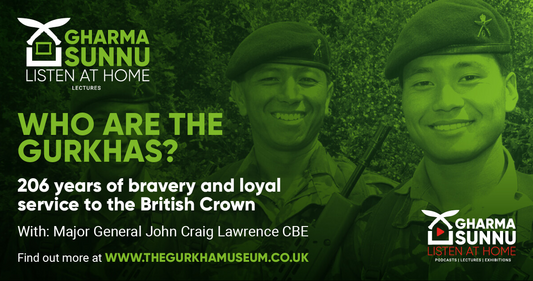 On 13 July 2021, I was honoured to give a talk for the Gurkha Museum on the Gurkhas' 206 years of service to the British Crown, including their 20 years in Afghanistan fighting the Taliban. The talk, which was the third in the Museum's innovative 'Ghar ma Sunnu' ('Listen at Home') series, was followed by a lively question and answer session facilitated by the Director of the Gurkha Museum. The Q&A explored the future of the Gurkhas, as well as leadership, discipline, female Gurkha recruitment and lots of other interesting subjects. 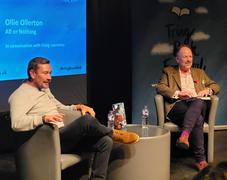 It was a real privilege on 9 November 2021 to be asked by the organisers of the Tring Book Festival to interview Ollie Ollerton about his new book, 'All Or Nothing', at the Court Theatre in Tring. I thoroughly enjoyed the evening. Ollie, known to millions from his appearances on the Channel 4 TV show 'SAS: Who Dares Wins' was great company and shared anecdotes from his career in the special forces, as well as from his childhood and life after the services. The audience was particularly engaging and asked Ollie lots of insightful, and sometimes difficult, questions. I have done a number of these sorts of interviews before but this one ranks as one of the most enjoyable and fun, mainly because both Ollie and the audience were so engaged!

I strongly recommend the book. Its hero, Alex Abbott, is an ex-special forces operative who sets out to track down his brother's killer. Its completely absorbing and kept me up most of the night. Much of the action is based on Ollie's own experiences in the special forces, as well as his subsequent work as a security consultant in Iraq. This means that it's authentic and entirely believable.

GET IN TOUCH WITH CRAIG LAWRENCE, author and event speaker 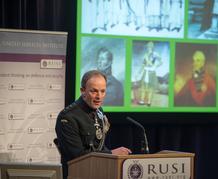 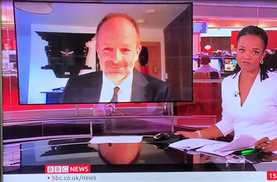 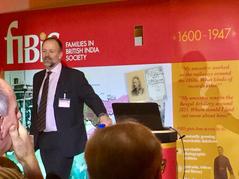 ON BBC NEWS TALKING ABOUT THE BURMA CAMPAIGN

Dartmoor is a brilliant place for anyone who writes action adventure thrillers. It's rugged terrain makes the perfect location for outdoor action scenes, whilst its picturesque villages and cosy pubs provide a great setting for romantic developments.

My wife grew up in the village of Manaton, right in the heart of Dartmoor, and we've therefore spent a great deal of time there as a family over the years. In this short video, which was shot on top of Hound Tor in the summer of 2020, I try to explain what, to me at least, makes Dartmoor so special and why much of the action in 'The Legacy' takes place there.

After the publication of my first Gurkha history, I was asked to give a very brief summary of the Gurkhas' 200 years of service to the British Crown on Forces TV. The interviewer was particularly interested in what made the Gurkhas so special. To try and illustrate this, I talked about their role in the so-called 'Indian Mutiny' of 1857 when, despite enormous pressure, they remained loyal to the Crown and their remarkable service during the two World Wars. To watch the interview, click on the image of me and the interviewer.

I'm always keen to talk about the subjects I write about and enjoy giving presentations, as well as facilitating discussions and running seminars, on Gurkhas, leadership and the making and implementation of 'good' strategy. I also talk about the challenges associated with writing books, both fact and fiction. My rates are highly competitive and depend on the nature of the engagement (formal presentation, interview, after dinner/lunch speech, informal chat etc etc). If you are interested in having me come and speak to your business, organisation or club, you can get in touch by completing the contact form below. And if you want to see whether I'm any good, scroll down below the 'Contact Form' and have a quick look at some of the recent talks and interviews I've given. I look forward to hearing from you!

I'm always keen to receive feedback on my books or discuss ideas for future projects. If you send me a message using the 'Contact Form' below, I'll try to get back to you within the next 48 - 72 hours. Please note that I do not sell books directly but you can use the links embedded in the webpages to buy through Amazon (see my 'Author Page' on Amazon at this link). Alternatively, you can order the books through your local bookshop (use the ISBN to order them if they don't have them in stock).

200 years of gurkha service to the crown - in 3 minutes on forces tv!