When her brother is killed in a diving accident, journalist Amélie Lagarde asks ex-Gurkha Harry Parker to help her investigate. Together they get drawn into a desperate battle between an ambitious Prime Minister, MI5 and an ex-Taliban commander, now the world’s most wanted terrorist, leaving them with no choice but to take matters into their own hands. 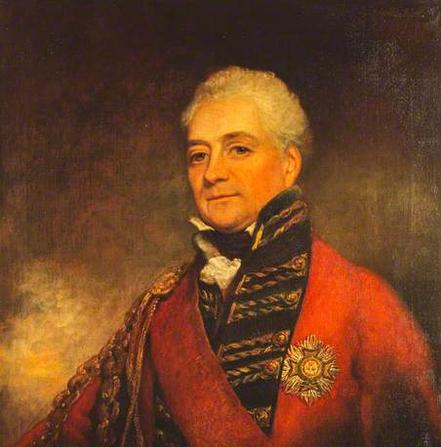 Link to quotes about Gurkhas

THE INDIAN MUTINY and GURKHA loyalty

The Gurkhas achieved real prominence during the Indian Mutiny of 1857 by remaining loyal to the British East India Company when many other ‘native’ regiments rebelled. The Gurkhas' courageous and spirited performance during the Siege of Delhi, where they fought alongside the British Army’s 60th Rifles in conditions of real privation, resulted in them being allowed to call their Gurkha soldiers ‘Riflemen’ rather than ‘sepoys’ and adopt many of the 60th’s regimental accoutrements. The Gurkhas were also given a commemorative Truncheon by Queen Victoria. This has the status of a regimental ‘colour’ and, as the only one of its kind, is still carried with immense pride by today’s Royal Gurkha Rifles. The Gurkhas also earned the first of their twenty six Victoria Crosses during the Mutiny when Lieutenant John Tytler, an officer serving with the 66th or Goorkha Regiment (later to become the 1st Gurkha Rifles), succeeded in storming a rebel gun position despite being shot in the arm and having a spear through his chest! Though the British East India Company succeeded in quashing the mutiny, the mutiny highlighted the appalling way in which the British East India Company had exploited India and its people. As a result, the British East India Company was abolished through the Government of India Act on 2 August 1858. The British Government assumed direct control of the country, appointing a viceroy to be the in-country representative and a secretary of state for India to represent India's interests in London.

Eight Gurkhas circa 1815. The first Gurkha Battalion was raised by the British East India Company in 1815 during the Anglo-Nepal War of 1814 - 1816. Note the kukris, the famous Gurkha fighting knives, in their belts.

GURKHAS START BEING RECRUITED BY THE BRITISH EAST INDIA COMPANY 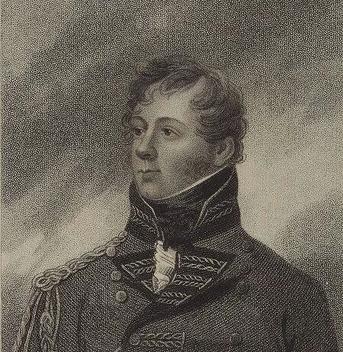 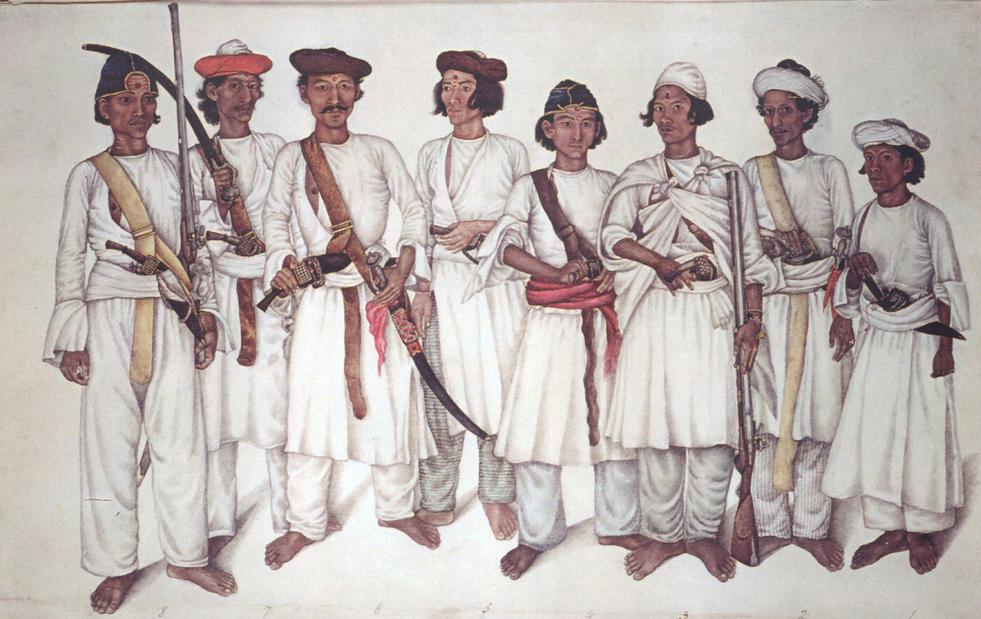 Link to the story of Gurkhas as the ultimate jungle warriors

It all started in October 1814 on a lonely hill top in a place called Kalunga (now known as Nalapani). The British East India Company had dispatched an army of some 30,000 troops to bring the ‘aggressive little state of Nepal’ to heel for expanding its empire into parts of northern India that the British East India Company wanted for itself. Kalunga was the location of the first battle between one of the army’s four columns and the expansionist Nepalese. What was significant about the engagement was that a relatively small force of ‘native’ troops was able to hold out against the might of the British East India Company for nearly a month. It sent shockwaves throughout British India. The ‘natives’ at Kalunga were Gurkhas, well trained soldiers belonging to the army of Nepal. They took their name from the ruling House of Gurkha which, under the leadership of Prithvi Narayan Shah, had, by about 1768, succeeded in unifying Nepal’s many petty principalities. 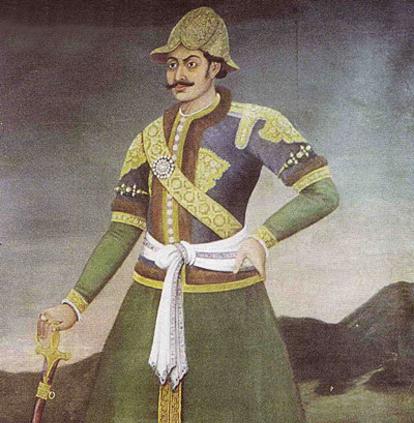 Link to 10 fascinating facts about Gurkhas 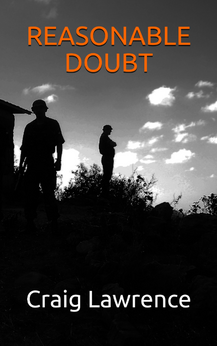 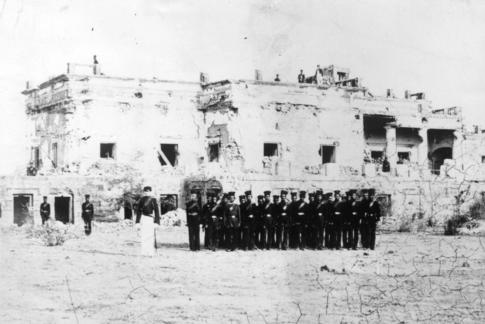 Gurkhas of the Sirmoor Battalion (later the 2nd Gurkhas), a unit belonging to the British East India Company, in front of Hindu Rao’s House on Delhi Ridge. The ridge dominated the city of Delhi which, in 1857, became the focus of the India Mutiny. Despite suffering tremendous losses, the Sirmoor Battalion, along with the 60th Rifles and the Corps of Guides, succeeded in holding the ridge until reinforcements arrived.

DEFEAT FOR NEPAL AND THE TREATY OF SEGAULI

Major General Sir Rollo Gillespie who was killed at the Battle of Kalunga on 31 October 1814 leading British and British East India Company troops against the Gurkhas of Balbahadur Kunwar. Born in County Down in Ireland in 1766, Gillespie was another colourful character. He killed a man in a duel in 1788, was shipwrecked off Madeira in 1792, killed 6 men who tried to burgle his home in St Domingo and used a spear to kill an escaped tiger on Bangalore racecourse. He was knighted posthumously on 1 January 1815.