This is the second book in the Harry Parker series of action adventure thrillers. I've included it on this page because, like 'The Legacy', it has Gurkhas in it! This time, Harry Parker gets involved in helping a journalist, Amélie Lagarde, investigate the circumstances of her brother's death. The Spanish police have told her that he died in a diving accident but Lagarde is not convinced. Together Parker and Lagarde get drawn into a desperate battle between an ambitious Prime Minister, the intelligence services and the world’s most wanted terrorist, leaving them with no choice but to take matters into their own hands. It's had some fantastic reviews, including one from Soldier, the magazine of the British Army. 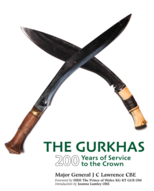 ​
​This book - my most recent Gurkha book - was published in July 2019 and quickly became a best-seller on Amazon. With a foreword by Prince Charles, it formed an important part of the celebrations in 2019 to commemorate the first 25 years of The Royal Gurkha Rifles (RGR). Containing more than 500 images spread over 288 pages, it provides a pictorial history of this new Gurkha regiment's first quarter century of life and gives a unique behind-the-scenes insight into how this elite regiment has managed to establish itself as one of the world's most capable fighting formations in such a short period of time. In my view the book is a valuable addition to the many Gurkha books out there because it focuses on one regiment and explores what makes it so special.

It's a bit cheeky of me but I've included 'The Legacy' in this list of Gurkha books because it was my first attempt to write about Gurkhas in a fictional setting. The hero of the story is Harry Parker, a recently retired Gurkha officer, who, after being asked for help by the feisty and attractive Lucy Masters, finds himself having to recruit a small team of Gurkhas to take on one of the City of London's most unscrupulous bankers. There's lots of action, a bit of romance, some great locations (Nepal, Dartmoor, Edinburgh and London) and, of course, Gurkhas. I enjoyed writing the book so much that I've just finished the sequel, 'Reasonable Doubt!'​ You can find out more about 'The Legacy', and read the reviews, under the 'Books and Articles' tab at the top of this page (or just click this hyperlink!). 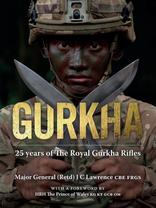 ​BUGLES AND A TIGER: my life in the gurkhas, JOHN MASTERS

This remarkable book was written by a Gurkha officer and describes his time serving with Gurkhas, much of which was spent fighting the Japanese during the Burma campaign of World War Two. I read many Gurkha books when I was a young man but this one probably had the most influence on me in terms of whetting my appetite for service with the Gurkhas. The author, John Masters, went on to follow a successful career as a writer after his time in the army so not only is this book interesting, it's also very well written! In sum, a brilliant, and very human, Gurkha book by any measure and well worth reading over the summer! ​ 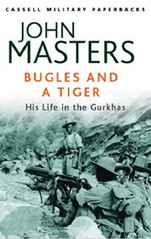 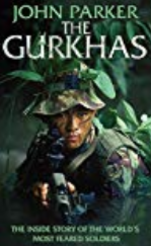 The gurkhas: the inside story of the world's most feared soldiers, john parker

Re-published on 23 May 2005, I was pleasantly surprised by this Gurkha book as it provides a particularly accessible introduction to the Gurkhas and their history - indeed, I used it quite a bit when I wrote the commemorative history in 2015 (to celebrate 200 years of Gukrha service to the Crown). The author has written a number of similar books (for example, on the Royal Marine Commandos). Although well-researched and the older history remains relevant, the book is getting on a bit now and doesn't include the Brigade of Gurkhas' more recent developments. In sum, fine for those wanting to know about the Brigade's formative years but not recommended for those keen to know more about the Gurkha role in Afghanistan etc. 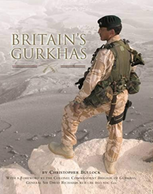 This book was written by Christopher Bullock and was published in 2009. Of the many factual Gurkha books out there, this has to be my favourite (other than my own!) because it was written by someone, like me, who spent his military career serving with Gurkhas. Moreover, the author earned a Military Cross (MC) on secret 'Claret' operations during the Borneo Confrontation and was Brigadier Brigade of Gurkhas when the number of Gurkhas serving in the British Army was radically reduced under 'Options for Change' in the 90s.​ Of the Gurkha books on my shelf, it remains my 'go to' reference when I need to check a fact!

In 1815, the East India Company began recruiting Gurkhas into its ranks after being impressed by their martial qualities during the first of the Anglo-Nepal Wars of 1814 - 1816. Since then, many books have been written about Gurkhas, and many others have included mention of these indomitable warriors from Nepal.

This webpage aims to provide an overview of some of the most interesting, accurate and accessible Gurkha books. My intention is to keep adding to the webpage as I discover more books, both fact and fiction, that I think will be of interest to those who want to know more about Gurkhas and Nepal, their country of origin. Inevitably, I have included my own Gurkha books, not just because I wrote them but also because they are recent and have been well received by critics.​ Where appropriate, I have offered a personal view of the Gurkha books being described, as well as links so that readers can access the books on Amazon, the Gurkha Museum's website or other source locations.

This incredibly well researched Gurkha book describes the wars that occurred between the East India Company and Nepal over the period 1814 - 1816. It is full of fascinating detail about the East India Company and the Gurkhas it had to fight as it sought to expand its empire in northern India. I used it as a key reference source for the early part of my book on the Gurkhas' 200 years of service to the British Crown. But whilst it is an invaluable Gurkha book to dip into to check a fact or two, it's probably not the ideal choice for a bit of light reading whilst sitting by the pool on your summer holidays! In sum, an invaluable source of information but not the easiest of the Gurkha books to read - better suited to those doing detailed research into the origins of Britain's Gurkhas! 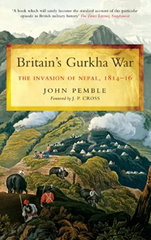 ​The Gurkhas: 200 Years of Service to the Crown, CRAIG LAWRENCE

I wrote this book in 2015 to help celebrate the 200th anniversary of Gurkha service to the British Crown. It was the first Gurkha book I'd written and the research took me several years, particularly as I wanted to include as many historical images as possible to try to make the Gurkha story accessible to a wide audience. In the event, I managed to include more than 350 images from a variety of different sources. With a foreword by Prince Charles and an introduction by Joanna Lumley, the book generated a fair amount of interest, becoming an official 'Amazon Best-Seller', a good thing as ALL the author royalties went to the Gurkha Welfare Trust (not to me!).

View or order at this linkof by clicking on the image 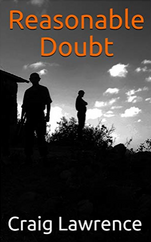